Many generations have been fascinated by the story of Ramayana and as a result, there has been a significant impact on art and culture throughout India and Southeast Asia. This ancient poem is closely associated with Sri Lanka because several sites that prove a connection to the events in the story have been found in Sri Lanka. The Ramayana Tour in Sri Lanka is designed to explore only these particular sites and connections. 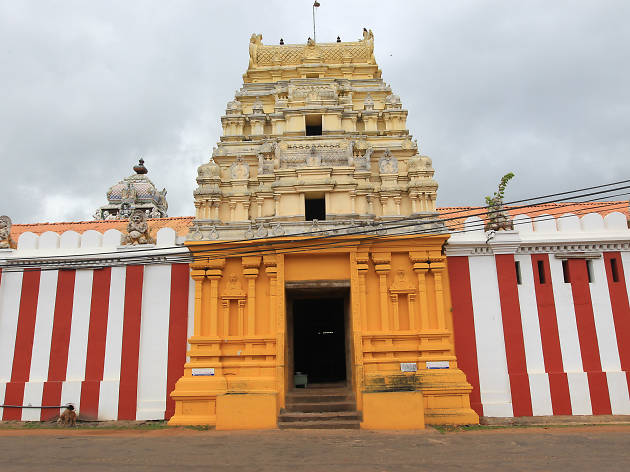 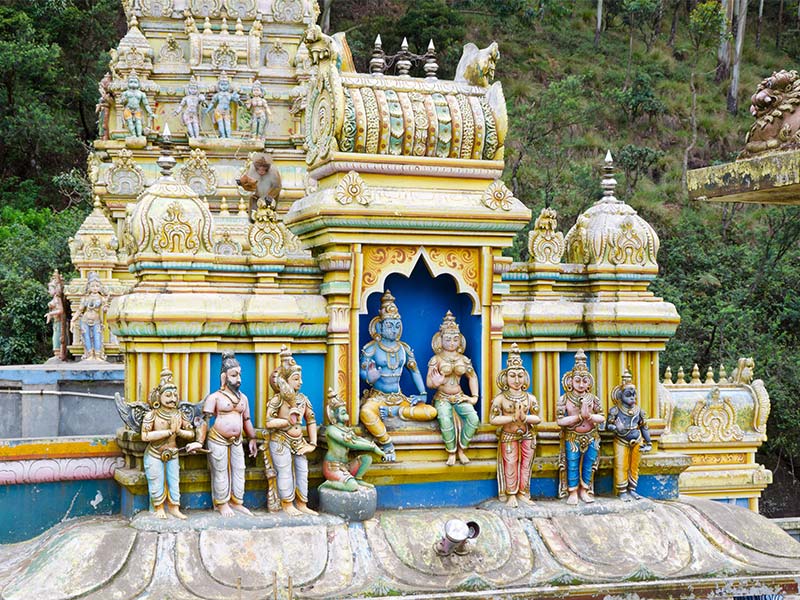 Any time of the year

Taking a faithful oath at Divurumpola – where Sita Devi proved her chastity.River.

Exploring the brilliance of King Ravana through the cave tunnels in Ella.

On day 2, after breakfast, you will check out of the hotel and begin a 90 minute drive to Chilaw to visit the Munneshwaram Temple. This is a location where Lord Rama felt safe and asked God Shiva for a remedy to his fear.

From here, you will be driven to the Mannavari Temple (20 minutes drive) – Mannavari being the first lingam installed and prayed to by Lord Rama.

After these two temple visits, you will proceed to Kandy, visiting the Pinnawela Elephant Orphanage en route.

The next morning, you will be transferred to Nuwara Eliya for one night. En route, you will visit the Sri Baktha Hanuman Temple in Ramboda – about 1 hr 30 mins drive from Kandy. This Hanuman deity temple was built by the Chinmaya mission of Sri Lanka and special Pooja’s are conducted here every full moon day, which is witnessed by thousands of devotees.

You will then freshen up at the hotel in Nuwara Eliya and visit the Gayathri Peedam in the evening. Hindu’s believe this is where Lord Shiva blessed King Ravana’s son with supernatural powers.

On day 4 of this Sri Lanka Ramayana Tour, you will check out from the hotel and set off to visit the Seetha Amman Temple, which is just about 20 minutes from Nuwara Eliya. Alongside a stream (in which Sitadevi is said to have bathed) a temple is erected for Lord Rama, Sitadevi, Lukhmana and Hanuman.

Proceed to Divurumpola next – about an hour’s drive. This is where Sitadevi was subjected to a test to prove her chastity. Devotees taking oaths is a common ritual here.
You have the rest of the day to check in to your hotel in Bandarawela and relax.

The next day, after breakfast, you will proceed to Ella (about 40 minutes’ drive) to visit the Ravana Falls and the Ravana Cave.

Ravana Falls is a breathtaking sight – 1080 feet high and cascading into several mini falls. Near these Falls, several caves had formed, in which King Ravana has said to have lived. When you enter the Ravana Cave tunnels, the architectural brilliance of King Ravana is very visible. These tunnels were a secret passage and also a means of transport through the hills.

After exploring these caves, you will be driven to Kataragama for your overnight stay on Day 6.

After breakfast the next morning, you will visit the Kataragama shrine – dedicated to God Skanda (the God of Love and War). This shrine is a place of worship for south Indian Hindus as well as local Hindus, Buddhists and a few Muslims.

In July every year, a 10 day festival takes place here with a grand procession in which devotees’ exhibit talents such as hanging on hooks and other performances. During Pooja (offerings) timings, the rituals such as dancing take place – which is a lovely sight to observe.

2 hours from Kataragama is Ussangoda. This is one of the torched areas of King Ravana’s empire and is also believed to be an airport used by Him.

After this visit, you will head to Galle, which is a 3 and a half hour drive. In Galle you will visit the Rumasela – which is where parts of the herbs from the Himalayan hills, brought by Lord Hanuman, are said to have fallen.

Next, you will visit the Seenigama Temple in Hikkaduwa, which is where King of the Monkeys is said to have begun the onslaught on forces of King Ravana.

The last stop on Day 6 of the Ramayana trip in Sri Lanka is the Panchamuga Anjaneyar Temple in Colombo – the only temple in the world that has a chariot of Anjaneyar.

You could spend the next morning exploring Colombo if time permits. If not, our chauffeur will take you to the airport, depending on the time of your flight.

We hope that this Ramayana Tour Itinerary covers your passion for exploring the Ramayana epic. If you wish to spend more time in Sri Lanka to discover more places of interest, we can customize this tour itinerary for you depending on your preferences.

We visited Lanka in the Month of December.. It was a Pilgrimage basically.. We covered those places that feature in Ramayana..it was a great experience.. In general, Lanka is very good.. It was a seamless experience, thanks to Blue Lanka Tours.. Ms Madushani – Thanks for making our trip a memorable experience.. Especially, the level of customization that you accommodated in the plan – Thanks a lot.. inally.. Our Captain. . Pramila.. More than his car and his driving, he impressed us a lot as a person.. Very Humble, Very kind and so much down to Earth. If I look back, I actually miss Srilanka. Thank you Madushani, Pramil and Blue Lanka.. 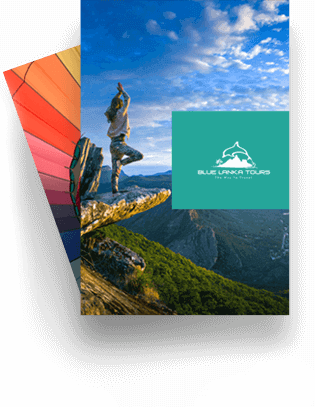